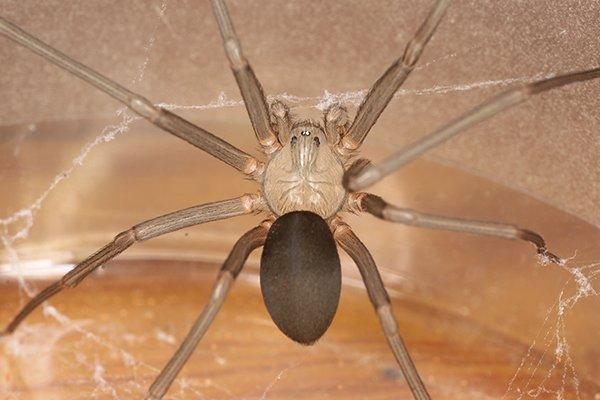 What is it about spiders that scare people? It could be the way they move, their unsightly webs, or maybe just their creepy looks. But arachnophobia, one of the most commonly held fears, is about more than appearances. Many of us are afraid of spiders not just because they look scary, but because they have a reputation for being deadly.

In the United States, perhaps no spider is more infamous than the brown recluse. This venomous spider is known to lurk in basements all over the continental U.S. and bites hundreds of unsuspecting victims every year. Or at least, that’s what people think.

If you’re wondering about brown recluse spiders in Costa Mesa, here’s a look at how to identify them and prevent them from inhabiting your property.

Besides the black widow, no spider strikes fear into the hearts of American homeowners quite like the brown recluse. The problem is, the brown recluse is one of the most commonly misidentified spiders that you can encounter. They closely resemble several other species with similar features.

Brown recluse spiders can be identified by a dark violin-shaped pattern on the upper segment of its body (also called the cephalothorax) where the legs connect to the body. The neck of the violin shape points away from the head. However, there are quite a few spiders with violin-shaped patterns and light brown coloration such as the huntsman spider and sac spider.

Brown recluse spiders have the same light brown coloration on their legs and bodies and each part of their body is a solid, uniform color. The presence of any extra patterns or coloration disqualifies that spider from being a recluse.

They also don’t like to make webs out in the open, but rather build their homes tucked away behind objects in low-travel areas.

If you’ve positively identified a brown recluse spider on your property, exercise caution. A bite from a brown recluse is rarely fatal, so you don’t need to fear for your life. And by no means will a brown recluse actively hunt or attack you. They’re called “recluse” spiders for a reason; they like to be left alone.

But if you are bitten by a brown recluse, you should seek medical attention as soon as possible. The initial bite can be painful, similar to a bee sting. Symptoms can include fever, chills, nausea, and general weakness or fatigue. In extreme cases, some people may suffer seizures. A bite from a brown recluse can also result in local necrosis, meaning that the tissue around the area of the bite will begin to decay and die.

How To Prevent Brown Recluse Spiders

The good news is, you can take steps to prevent brown recluses as well as other spiders from getting into your property.

·       Clean surfaces in your home regularly to get rid of crumbs and spills.
·       Store food in sturdy plastic, glass, or metal containers.
·       Dispose of trash regularly and clean all food residue from dishes before leaving them in the sink.

General tips for preventing spiders like the brown recluse from inhabiting your home include:

·       Install weather stripping around doors and windows.
·       Vacuum or dust away any visible spider webs.
·       Seal any visible cracks or point of entry in your floors and walls.

If you need assistance in removing brown recluse spiders on your property or have questions about pest control in Costa Mesa, get in touch with the experts at Smart Pest Control. Whether it’s a brown recluse or not, we’ll get rid of your spider problems and keep your property pest-free. Contact us today.

Complete the form below to schedule your no obligation inspection.